Looking At Old Things In A New Way 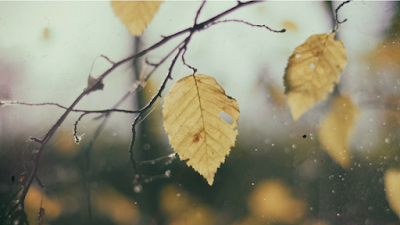 " It only takes a slight shift, to see things in a new way." -Tara C. Pray

Looking at an old thing in a new way is shifting your perspective. In order to make our dreams become reality, we may have to do things that are out of the norm. Sometimes we have to step outside of the proverbial box.

Successful people in life tend to operate outside this box. Guy Laliberte knew this. I came across his story in the book What I Wish I Knew When I Was in Kindergarten by Tina Seelig. Laliberte lived out the idea that you do not have to do things the way they have always been done in order to succeed. He learned that it was okay and necessary to be creative, to take chances and to look at things in a new way in order to achieve his dreams.

Laliberte's dream was rooted in the circus. He reinvented the circus experience by breaking all the rules and daring to do a new thing.

If you were to sit back for a moment and picture a circus, what images immediately come to mind? Animals? Big Tents? Silly Music? Clowns?  Balloons?

These are the things most people think about when they think of the circus. But in 1984 Laliberte did something new, he introduced Cirque Du Soleil. This new circus experience became wildly successful because it was different. Laliberte envisioned a circus that was opposite of what people were used to. His vision consisted of small tents, no animals, sophisticated music, and amazing acts. Over the years, his dream expanded and grew into a global phenomenon.

What I found equally fascinating about Laliberte was that a few years before Cirque Du Soleil's success, he was living off his unemployment. He could have made the decision to get another job, but instead, he followed his dream for a new type of circus, an idea that he passionately believed in.

During his journey to success, he had failures and setbacks, and I am quite sure people thought he was "crazy" because of what he wanted to do. But in spite of this, he kept moving forward. Laliberte consciously made the choice to follow his dreams and create a new entertainment experience. He held tight to his dream and was committed to seeing it come to fruition. Today Cirque Du Soleil is known worldwide for its high quality, entertainingly beautiful shows. In 2014 alone it was estimated that about 15 million people would see the show.

Laliberte's success was made possible because he dared to think different, dream different and act differently.

So how can you gain a different perspective as you move towards your dreams? Here are two ideas to help you look at things in a new way:

Do the opposite. Just like Laliberte, he took what the traditional circus entailed and simply did the opposite of it. Let's say your dream idea is to start a daycare center. One way of shifting your perspective is to list all the ways a traditional daycare center operates. On the other side list the opposite and see what new ideas that you are able to come up with.

Be Open. A shift in perspective can occur when we are open to new opportunities, people, and experiences. It is during the moments of being open we can allow ourselves the chance to see things in a new way, different from what we are used to. A simple example of this can be you are invited to a jazz concert, but because you only listen to R&B music you decline the invitation. You have preconceived ideas about jazz and so those ideas inform your decision to say no to the invite. Instead, view the concert as an opportunity, be open to the experience and at the end of the night you may walk away thinking and feeling different. But you will not know this unless you are open to the possibility.

What is an old idea that you have that you can look at in a new way? Post a comment or share your thoughts and questions with me in an email.

Sharing is a good thing! Share this article with three people you know.

Also, check out the site www.cirquedusoleil.com and be inspired.